This Latke Recipe by Tori Avey is the best one I know. The tips she provides allow first-time latke makers avoid common mistakes.
http://toriavey.com/how-to/2013/11/how-to-make-crispy-latkes/

Blessings to all who rejoice in the birth of the Messiah!

There was in Yerushalayim a man named Shim’on. This man was a tzaddik, he was devout, he waited eagerly for God to comfort Isra’el, and the Ruach HaKodesh was upon him. It had been revealed to him by the Ruach HaKodesh that he would not die before he had seen the Messiah of ADONAI.

Prompted by the Spirit, he went into the Temple courts; and when the parents brought in the child Yeshua to do for him what the Torah required, Shim’on took him in his arms, made a b’rakhah to God, and said, “Now, ADONAI, according to your word, your servant is at peace as you let him go; for I have seen with my own eyes your yeshu’ah, which you prepared in the presence of all peoples—a light that will bring revelation to the Goyim and glory to your people Isra’el.”

Yeshua’s father and mother were marvelling at the things Shim’on was saying about him. Shim’on blessed them and said to the child’s mother, Miryam, “This child will cause many in Isra’el to fall and to rise, he will become a sign whom people will speak against; moreover, a sword will pierce your own heart too. All this will happen in order to reveal many people’s inmost thoughts.”

There was also a prophet named Hannah Bat-P’nu’el, of the tribe of Asher. She was a very old woman—she had lived with her husband seven years after her marriage and had remained a widow ever since; now she was eighty-four. She never left the Temple grounds but worshipped there night and day, fasting and praying. She came by at that moment and began thanking God and speaking about the child to everyone who was waiting for Yerushalayim to be liberated.﻿

The Hanukkah Party date on the notification you received is incorrect and has been changed to Friday, December 30, 2016.

Please contact us if you have any questions – kayumahavurah@gmail.com.

So, what does Yeshua (Jesus) have to do with Hanukkah anyway? Hint: Is Hanukkah is mentioned in the Bible? Prepare to be enlightened!

Join us on Friday, December 16th to learn about this brilliant holiday through an illuminating look at the fun traditions, rich prophetic fulfillment, and practical celebration of this positively radiant Festival of Lights.

When and what is the actual Hanukkah party?  Friday, December 30. There will be dinner, dreidel games, candy, song, dance, and a gift exchange. (Gift exchange optional for visitors). And we’ll also read you a fun children’s Hanukkah book by Sholem Aleichem (who created the character upon which Fiddler on the Roof’s Tevya is based). 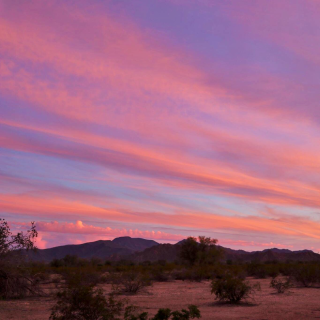